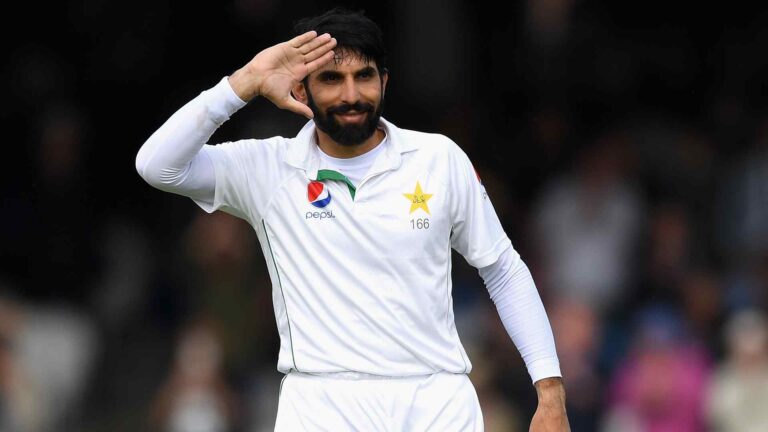 Former Pakistan captain Misbah-ul-Haq who becomes chief selector and head coach of Pakistan is one of the most potent cricketers in Pakistan.  Misbah is not a beginner on the cricket circuit and has played a vital role in cricket in Pakistan while holding various positions. There are multiple records maintained by Misbah ul Haq Here are some of the accomplishments of the country’s most successful test captain.

Misbah-ul-Haq Records As a player:

Of the feats Misbah Ul Haq has accomplished:

Won the ICC Cricket Award in 2016 “for inspiring his team to play the game in his true spirit, while moving the Pakistan cricket team from number four to number one in the Test team rankings without playing any Test matches in his home {Pakistan} country.” Captain Islamabad United to his first HBL PSL title in 2016.