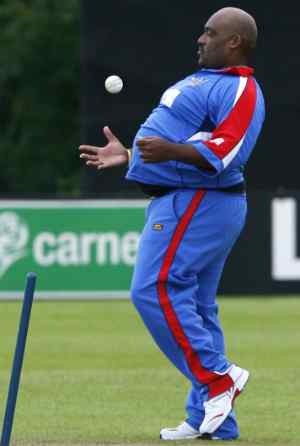 Most Heaviest and Fattest Cricketers in the World

Cricket means to be fit, slim build, and passing the fitness test is the biggest and first condition of modern cricket. So the presence of giant people in cricket is very low. Even then, some huge body cricketers came into the cricket world and caught everyone’s eye in a different way. Today we will talk about the fattest and the heaviest cricketers in the world.

Top 5 Fattest and Heaviest Cricketers in the World

Rakim Cornwall, who is six and a half feet tall and weighs 140 kg, is the fattest and heaviest player in the world who made his debut for the West Indies in May 2019, Rakheem Cornwall broke the record to become the heaviest cricketer.

And since then he has come into the discussion of world cricket with his weight. In his debut Test match, he showed by bowling 30 overs that his fitness is at the top level when he is fat. He has also bowled brilliantly against Bangladesh recently.

However, he has blown away the idea that fat cricketers are unfit. However, Leverock came into the discussion with a great catch in the slip against India in the 2006 World Cup.

Richard Kaschula is the third cricketer on this list. There was a time when the British ruled the part of Zimbabwe that is now. The name was Rhodesia. He has played for Rhodesia for a long time. He then played for independent Zimbabwe from 1980 to 1982.

This time he also took 200 wickets. He later served as an official of the Zimbabwe Cricket Board. He retired from there in 2006. He weighed 128 kg while playing cricket.

Colin Cowdrey is fourth on the list of all-time heaviest cricketers in the world. An English batsman who has played only nine Test matches. He lost his right eye by accident and had to retire from cricket. He weighed 121 kg while playing cricket.

In 2003, he lost 10 kg before the World Cup. His weight was 103 kg. According to Imran Khan, he could have been a cricketer like Brian Lara, and Sachin Tendulkar if he had kept his weight under control.