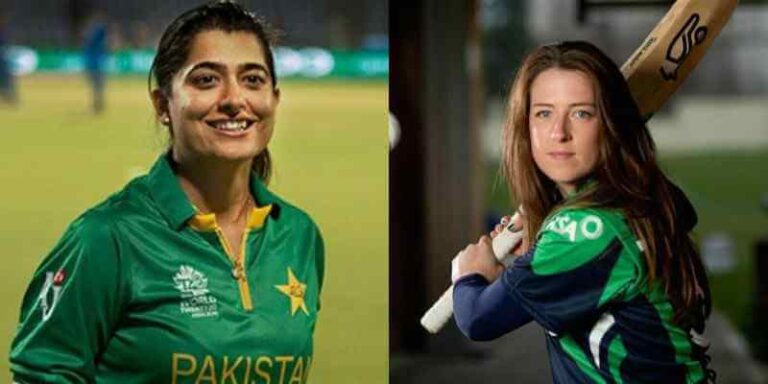 Best Women Cricketers in the World

Female Cricket World is home to some great players. This complicates the task of selecting the best of the bunch. Whereas cricket is primarily a male sport, there have been some great female players throughout history who are renowned for their batting and bowling abilities. Not only are these 10 Best Women Cricketers stunning off the field, but they are also among the hardest female cricketers in history.

10 Best Women Cricketers in the World

Sana Mir is a Pakistani cricketer who serves as the team’s captain. She is one of the top ten finest female cricketers of all time and is now placed 16th in the ICC Women’s Player Rankings. Sana was appointed squad captain in 2009. She is recognized as one of Pakistan’s top bowlers.

Shashikala Siriwardene is the captain of Sri Lanka’s women’s cricket team and one of the top ten female cricketers in the world. Her international debut came against the West Indies in 2003. She is well-known for her bowling assassinations. Her highest performance is 4-11, which she achieved against Pakistan in 2005. She also had another four-wicket haul of 4-34, which came against Pakistan in the 2006 Asia Cup.

Mithali Raj is an Indian women cricketer who made her One-Day International debut in 1999 and made history with a remarkable 114 not out. In 2002, during her third test, she scored 214 runs, smashing Karen Rolton’s previous record of 209 runs in a Test innings in women’s cricket.

Kiran Baluch of Pakistan later claimed it with 242-run innings. She is truly one of the top ten outstanding female cricketers.

Stafanie Roxann Taylor is a West Indies women’s cricketer. She swings with her right hand and bowls off-spin. Taylor has represented her squad more than 80 times since her debut in 2008. Additionally, she holds the distinction of being the first West Indian female cricketer to win the ICC Women’s Cricketer of the Year title in 2011.

Lisa Carprini Sthalekar is an Indian-origin Australian cricketer. Football pundits view her as one of the sport’s greatest all-rounders. She is the first female cricketer to score 1,000 runs and take 100 wickets in One Day Internationals. She retired from international cricket following the Australian women’s team’s success in the 2013 ICC World Cup.

Katherine Helen Brunt is an English woman cricketer who is notable for winning the 2006 and 2010 Women’s Cricketer of the Year awards. Her aggressive bowling style with a traditional movement is well-known throughout the world.

Additionally, she was named Woman of the Match in the 2009 T20 World Cup final at Lords. In a four-over opening spell, she got three wickets for six runs.

Good better best, never let it rest till you good is better and better is best…👍👍👍 pic.twitter.com/ldGDoNQZNg

Jhulan Goswami is a Bengali female cricketer from India. Jhulan, a true all-rounder, captained India at the Women’s World Cup. Additionally, she has established a reputation among the squad for her bowling and batting ability. She has also earned a reputation as the world’s quickest female bowler.

Apart from her status as one of the greatest female bowlers, Jhulan is also one of the top ten female cricketers. In 2007, she was presented with the ICC Women Cricketer of the Year award.

Sarah Jane is an English woman cricketer who plays as the team’s wicket-keeper batsman. Her fans recognize her for her signature flow strokes and drives. Additionally, she joined the team for the 2008 ashes.

Ellyse Alexandra Perry made her international cricket debut for Australia at the age of sixteen. She is a right-handed generalist. She rapidly gained prominence among the team as a result of her great performance.

Perry is also the youngest member of the Australian cricket squad to have appeared in an international match. Ellyse is currently regarded as a real all-rounder female cricketer by analysts.

Read More: Most Beautiful Women Cricketers of All Time