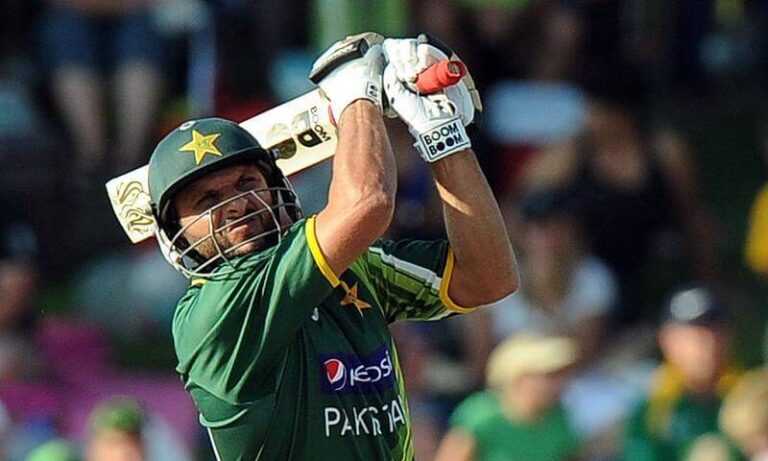 There are some great batsmen in the world of cricket, such as Sachin Tendulkar, Babar Azam, Kane Williamson, and Virat Kohli. They are the personification of technique and concentration; they are some of the batsmen who can destroy a bowling attack with their hard-hitting and tear any bowling attack apart. We can refer to them as the Most Dangerous Hard Hitters Batsmen in Cricket History.

These 10 Dangerous Hard Hitters in Cricket History are bowler’s nightmare since these Batsmen are known for their power-hitting, aggressive, and attacking batting. Previously, the world has seen some of the hardest-hitting batters such as Viv Richards, Kapil Dev, Imran Khan, and Ian Botham annihilating the opposition’s bowling attack.

Several explosive hitters in modern cricket are well-known around the game for their explosive hitting, powerful hits, and huge sixes. The following is a list of cricket’s Top Most Dangerous Power Hitters in cricket.

Shane Watson, the legendary batsman, sustained numerous injuries early in his career. However, he returned to cricket with increased intensity. He is the Australian team’s opener. He made numerous appearances for Australia in Winning Innings.

Watson gets his team out to a strong start, enabling the middle-order batting line to amass a large total or chase down huge targets. He becomes quite deadly when he enters a hitting mood.

He possesses the power to demolish any bowling line of any team, wherever in the world. Additionally, he is an extremely effective medium-pace bowler. Considered one of the finest all-rounders in modern cricket and the world’s most damaging batsman.

Virender Sehwag (VIRU) is India’s opening batsman. He has one of the highest strike rates in international cricket. Once he reaches a score of 20-30 runs, any bowler on any surface will find it exceedingly difficult to dismiss him.

His strike rate is also higher than that of many ODI batsmen in test cricket. This demonstrates the batsman’s aggression. Viru holds the world record for the most runs scored in an ODI inning (219).

Virender Sehwag also holds the record for hitting a triple century twice in Test Cricket, making him the only batter in the Indian cricket team to do so. Virender Sehwag is an Indian Premier League player for the Delhi Daredevils. Sehwag was undoubtedly one of the most lethal batsmen in global cricket.

Always nice to score runs at the home ground. Pity we couldn’t get the W. #UpUpEagles pic.twitter.com/HBApr0V5Yx

Jeremy Daniel Ryder is a New Zealand All-Rounder who has represented his country in a variety of different formats. Jessi bats in the middle order in Tests and as an opener in ODIs and T20 Internationals. Jessi’s Shots are Diverse; he scored the sixth-fastest century in his return match. In the same match, his colleague Corey Anderson beat Shahid Afridi’s 17-year-old record for the fastest ODI century.

With a strike rate of over 94 in one-day internationals, he is a true specialist and the game’s most dangerous hard hitter. Indeed, a heavy hitter.

MS Dhoni (MSD) is a former Indian captain in all three formats. The Indian Team is mainly reliant on MSD. He is one of the most lethal late-order batsmen in the game. India won the T20 and ODI world cups under his captaincy. He is such a lethal batsman that he boasts a strike rate of 90. Dhoni possesses the ability to strike and hit the ball exceptionally forcefully.

He has made incredible efforts on numerous occasions to win the Indian team with his aggressive hitting. Dhoni is regarded as one of the greatest finishers in cricket history and is now playing for the Chennai Superkings in the IPL T20.

He is a left-handed Indian batsman and one of the most destructive batsmen in the game of cricket. He is the son of former Indian fast bowler and Punjabi film actor Yograj Singh. Stuart Broad Will Never Forget Yuvraj Singh’s Six Consecutive Sixers Against Him in the World Cup T20.

When Yuvraj Singh is in top form, he hits the ball as cleanly and as long as it has ever been struck. In 2012, he faced the greatest obstacle of his life when he was diagnosed with a rare kind of cancer that needed a two-and-a-half-month stay in the United States of America.

He returned home in April 2012, quite sure that he would be able to resume his duties on the cricket field relatively fast, and in August he was named to India’s World Twenty20 squad in Sri Lanka. He is India’s Most Destructive Batsman in recent times.

Abdul Razzaq, a Pakistani All-Rounder, is well-known for his moniker Bang Bang Razzaq. He is the type of batsman that can alter the course of a match in a matter of moments with their powerful batting.

Nobody will ever forget his amazing century against South Africa in Sharjah. Abdul Razzaq is a powerful hard hitter for Pakistan and a capable finisher. He is versatile and could of hitting big sixes against any bowler.

Pakistan amassed a massive total in a few final overs thanks to his hard-hitting. With his destructive batting, he converted some unattainable targets into possible ones.

The All-rounder Glenn Maxwell is one of the game’s most deadly hard hitters. He has made numerous T20 appearances for his country. In ODIs, he maintains an incredible strike rate of 129. His strong hitting ability elevated him to a threat in all three formats. He is deserving of the fourth slot on the Top Ten Most Dangerous Hard Hitters list.

Kieron Pollard is a member of the West Indies Cricket squad. This imposing West Indies player possesses considerable strength, and when he connects with the ball, it frequently rockets out of the Cricket pitch. When this West Indies cricketer is in top form, no cricket ground is too large. Kieron Pollard bats in the lower middle order and has a strong death overs game.

He is a specialist 20-overs player with a wealth of experience in batting. Additionally, he bowls at a medium tempo and is really useful with his bowling. Kieron Pollard, along with Sachin Tendulkar, is a member of the Mumbai Indians cricket team in the Indian Premier League.

Chris Gayle is unquestionably the most dangerous batsman the world has ever seen. This imposing Jamaican batsman represents the West Indies Cricket team in all three formats of the game, but his ability to score runs in the shorter version of the game has him at the top of our list.

He possesses such strength that even his bat edges have the ability to fly over the fence for a six. Chris Gayle is unquestionably the stuff of nightmares for a large number of International Bowlers. He holds the record for the most hundreds in T20 cricket with seven. Chris Gayle’s prolonged presence on the crease is a source of consternation for any bowler.

Gayle typically opens the innings and takes a little to settle in, but once he does, he is unstoppable. Chris Gayle also competes in the Indian Premier League for Royal Challengers Bangalore. He is a Destructive Batsman in Test, One-Day, and Twenty20 cricket.

Afridi Shahid Khan is Frequently referred to as BOOM BOOM and LALA Afridi is one of the most dangerous hard hitters and power-hitting batsmen in the world, according to his Team Mates. He is well-known for his aggressive and hazardous batting approach, which he describes as the only way he knows how to play cricket: hitting every delivery he meets.

Afridi Debuted as a Leg Spin Bowler who can bat, but following his historic and record-breaking innings of 102 off just 37 balls, he was promoted to Pakistan’s ODI opening position, although now he bats in the middle order for the side.

He hasn’t been in top form recently, but he has the potential to regain it at any time. Shahid Afridi also holds the record for the second quickest fifty in One-Day Internationals, among other records. He is the Most Destructive Batsman in the ODI Cricket of All Time.

Kindly inform us of this ranking in the comment section below. We appreciate your interest in the Most Dangerous Hard Hitters and Power Hitting Batsmen in Cricket.

See More: Most Sixes by a Pakistani Batsman in T20 Cricket