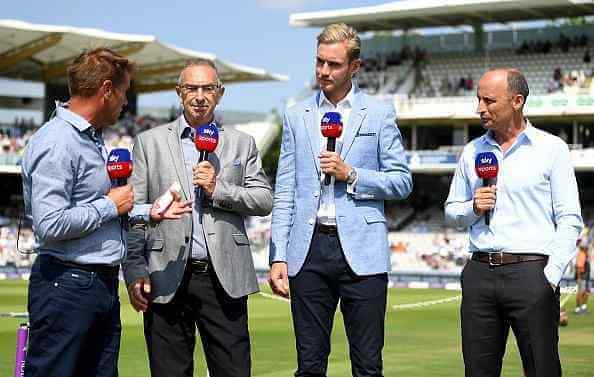 Many famous cricketers moved to the media field after their retirement and chose commentary or sports journalism as their second career, and many Cricketers became commentators in recent days. There are many commentators on the cricket field also like Harsha Bhogle, who never played the game of cricket actively but still proved themselves as one of the most successful commentators.

Many recently retired cricketers like Adam Gilchrist, Waqar Younis, and Sourav Ganguly are also working as guest commentators and match summarizers for various channels as the field of commentary have proved itself as one of the best choices after the retirement of an international cricketer. And here is the list of cricketers who became commentators.

Who is a Commentator?

A sports commentator is the person who provides a running commentary of a game or event in real-time by live broadcast with media houses. They are the backbone of any sports event as they maintain the thrill in the minds of sports fans, with their voiceover, generally in the historical present tense.

We selected the cricketers who successfully turned their careers in the field of sports commentary or as successful media people. We chose the players who had worked with multiple media houses as a commentator which further boosts their versatility in the field of cricket commentary.

One of my favourite birthday presents, a portrait of Joshua, Emma and I after my investiture in February. Painted by @statedartneil Thank you @BabyBoycs & @jefferskendrick pic.twitter.com/mpawUkBueG

He also worked with English Channel TalkSPORT from 1998 to 2003. He worked as a commentator for Channel 4 of England from the 2004-05 season and then moved to Channel Five in 2006 which he is continuing to date. Boycott also appeared as a guest of BBC Test Match Special from 2005.

Besides his international appearance, he also played for Trinidad and Tobago from 1986 till 2000. Besides his cricket career, Bishop appeared as a commentator on Channel 4 aired in England from 2000 to 2004, and then moved to Sky Sports in 2005 which he has been continuing till now.

He worked as a commentator for Channel 5 of England from 2007 to 2009. Besides the channels of England, Bishop also appeared as the commentator of South African SABC Television from 2005 to 2008.

One of the budding Indian great cricketers turned commentators, Rahul so far is one of the commentators who can grab the attention of the viewers away from the game. His sense of humor is extreme. He looks at the game from a different angle and tells something different, which others are not watching, for which a listener awaits keenly. He is not afraid of sledding any co-commentator as he did to Sourav Ganguly and Nasser Hussain during the cricket World Cup 2015 which was entertaining to every viewer back home.

The former India captain is one of the few good commentators in India right now. Before him, only one commentator who earned appreciation for informative and insightful commentary was Harsha Bhogle. But, Harsha is not a cricketer, he is a fan of this game and has become an expert. Ganguly gave the Indian audience a chance to listen to get rid of those rotten meaningless high-pitched voices like Ravi Shastri and Arun Lal.

One of England’s most successful Test captains, and now an esteemed commentator 🎙️

What is your favourite piece of commentary from the birthday boy? pic.twitter.com/wy2f4tKmhp

Nasser Hussain, the former England captain is one of the best cricketers who became commentators of all time in cricket history. He has featured in the list as he becomes one of the cricketers who adopted the new profession just after retirement from cricket in 2003. He is the best in England, and we can listen to his in-depth discussion about the game during the ongoing Ashes.

But, prejudice is something that destroys a reputation that happens to Hussain in 2011 when he calls visiting Indian player Parthiv Patel. His dig on BCCI for not accepting the decision review system was one of his negative points. Besides these, he can keep viewers glued with the TV set behind the mic.

Love Michael Holding. As elegant off the field as he was on it. https://t.co/uvDc2QDR5B

The legendry fast bowler could glue the listeners with his dense voice. But, he too sits behind the mic with prejudice. He never appreciated allrounder Darren Sammy for his good performances; and is critical to the shortest form of the game T20, as a result, he never regards Kieron Pollard as a cricketer.

Jonathan Agnew – in his attic and wearing his dressing gown – gets the programme underway at 4.15 this morning.

We hope you’re enjoying the programme!

Besides his national side, he played for Leicestershire from 1979 till 1992 in first-class cricket and took 666 wickets in 218 matches with a bowling average of 29.25. Besides his career as a regular cricket player, he worked as a cricket journalist and summarizer in The People from 1990 to 1991.

Agnew appeared as a guest commentator of Test Match Special aired on BBC from 1991 to date. He also worked as a commentator for BBC Television in two spells in 1999 and then again from 2006 to 2009.

Besides international appearances, he played for Lancashire from 1987 till 2001. He also made a brief debut for MCC from 1987 to 1990. Besides his cricket career, he worked as a cricket journalist and summarizer in Sunday Telegraph circulated in England from 2002 to date.

67 Tests as a player 🏏 Countless more as a commentator 🎙️

Lawry no more does the commentary during summer in Australia. The difference is tangible. The legendary Australian batsman was the man who could bring life to a dead Test match. The man from Victoria province of Australia seating with the mic can give a fan far more to imagine about the game. His partnership with the late Tony Greig was a delight for every cricket fan. They laughed, argued, and untainted us for 33 years before Tony died in December of 2012.

He played for Punjab in first-class cricket from 1981 till 2000. Besides his active cricket career, he started working as a cricket commentator with ESPN Star sports aired in India in 1999 and continued with them till 2003.

He moved to TEN Sports aired in the United Arab Emirates in 2003. Sidhu appeared as the commentator of Indian channel NDTV 24×7 from 2006 till 2009. He moved to the Indian channel Times Now in 2010 and still working with them.

Besides his international appearances, he played for Staffordshire in the 1989-90 season and played for Derbyshire from 1990 till 2003. Dominic Cork started his commentator career with Pakistan Television Corporation in 2009 which he is continuing to date.

Apart from his active cricket career, he worked as a full-time sports journalist for a variety of news organizations. He worked as a cricket journalist before becoming a full-time pundit. He was a columnist for two well-known English newspapers, The Independent and the Daily Telegraph.

Hughes was a pundit for Channel 4 in the United Kingdom from 1999 to 2005, before moving to Channel 5 in 2006. He also served as a commentator for Test Match Special, which was shown on England’s edition of the BBC from 2007 to the present.

Former Australian cricketer Ian Chappell was a successful top-order batsman for the Australian national side from 1964 to 1980. On 9 July 2009, he was inducted into the International Cricket Council’s Cricket Hall of Fame. He scored 5,345 runs in 75 international test matches, batting at a 42.42 average.

Chappell also scored 673 runs in 16 One-Day International matches, hitting at a 48.07 average. Ian also played for the South Australian regional team from 1962 to 1980 and Lancashire in 1963. Apart from his active cricket career, Ian Chappell began commentating on cricket in 1980.

He began his career with Australia’s Nine Network. He then began working with ESPN Star Sports, which has been broadcast in India since 2007. Along with his usual commentary duties, he served as a commentator for Channel 5 during the 2009 season. 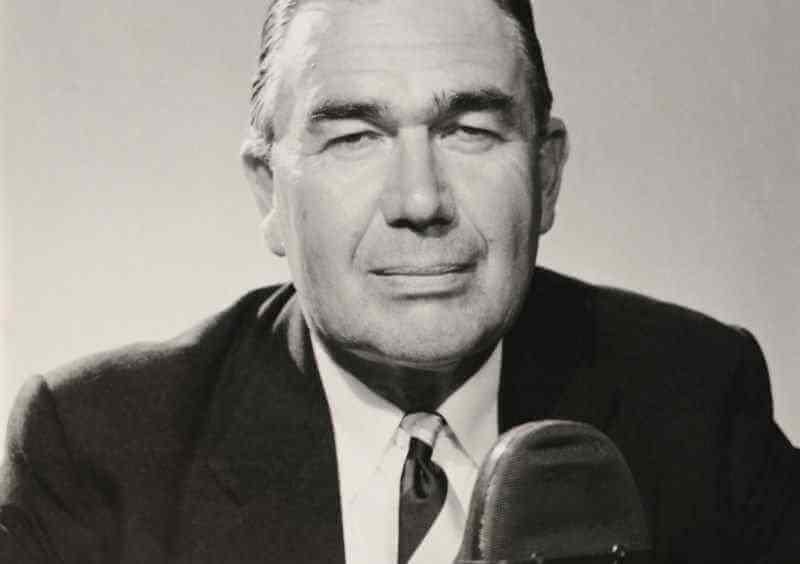 E.W. Swanton, a former British cricketer, journalist, and author, appeared in three matches for Middlesex during the 1937–38 season, scoring seven runs in first-class cricket. He was more successful as a cricket journalist and commentator, and his unusual “fruity” voice made him immediately identifiable.

Swanton authored numerous cricket novels, including ‘Elusive Victory,’ ‘Cricket and the Clock,’ ‘Best Cricket Stories,’ and ‘Follow On.’ He began his career with the BBC, which is broadcast in English-speaking nations. Swanton featured on Test Match Special as a pundit from 1938 through 1975.

From 1948 through 1967, he also covered a variety of international matches for BBC Television. Swanton, in addition to his career as a commentator, wrote frequent essays for The Daily Telegraph, which was published in England from 1946 to 1975.

⁰Candid and captivating, tune in to hear Parky — the son of a Yorkshire miner — on growing up, grief, radio and television days and George Best!

Mark Nicholas was a former English First Class cricketer who played for Hampshire from 1978 to 1995. He established a reputation as an outstanding right-handed batter and medium-pace bowler. He scored 18,262 runs in 377 First Class test matches, batting at a 34.39 average and taking 72 wickets.

Mark also scored 7,334 runs in 359 First Class One Day matches, hitting at a 27.78 average. He also penned cricket columns in addition to his active cricket career. He also worked as a cricket journalist for the English newspaper Daily Telegraph.

Roll up , roll up ! Get in the team ! #teamNHS pic.twitter.com/sCpLm7S5sr

The cricket world’s most recognizable voice. He is a top performer at Sky Sports. Lloyd covers all England matches and is a regular contributor to SKY’s coverage of ICC competitions. Lloyd’s use of slang distinguishes him from other commentators; his usage of the term “wallop” during the 2012 World T20 in Sri Lanka particularly amusing. He is also an expert at adapting to new situations. His famous catchphrase “start the automobile” was easily modified to “start the tuk-tuk” towards the end of the 2011 World Cup.

The youngest bloke on the list; and currently performing admirably, just like he did for Australia. He is currently in England. The most admirable aspect of Ponting is his fair assessment of the game. He is not prejudiced; he approaches the game from the commentary box with an open mind, just as the previous captain did. Right now, his careless attitude has elevated him to the king.

Harsha Bhogle is one of India’s all-time great cricket pundits. He is frequently referred to as the “Voice of Indian Cricket” and has worked in commentary and analysis for more than three decades. Harsha is an expert at pointing out minute things that many others may overlook.

He is a frequent contributor to Cricbuzz, providing analysis, match reports, and interviews. His career, however, began in his hometown of Hyderabad, where he was born and raised. Harsha Bhogle began his career with All India Radio at the tender age of 19, where he excelled after being invited to commentate in a bilateral series ahead of the 1992 Cricket World Cup in Australia.

Who can forget Pakistan’s left-arm fast bowler, who is also one of the game’s greatest players, who became a commentator? He represented Pakistan in 536 One Day Internationals and 104 Test matches before retiring in 2003.

There are yet additional cricketers who will enter the field of commentary, as it has established itself as one of the best venues for retired cricketers.

Famous cricketers such as former England Test captain Tony Greig, the Sultan of Swing Wasim Akram, and renowned Indian all-rounder Ravi Shastri have also established themselves as some of the game’s top commentators. These players are frequently referred to as the fathers of cricket commentary, as the majority of the cricket world comes to a halt when they take the microphone in the media boxes.

They were purposely omitted from this list. We pay them due respect because we grew up listening to them during cricket matches throughout our childhood. Please remember to share and subscribe. Additionally, write a comment below and let us know who your favorite analyst is.