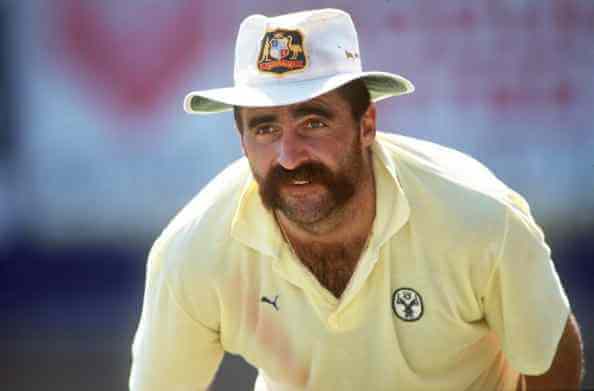 Most Famous Cricketers With Mustaches

Several players are known for their batting or bowling skills, but here are the 10 Most Famous Cricketers with Mustaches in the Cricket History who are not only known for their outstanding performances but for amazing mustache designs as well.

Cricket, and cricketers, have evolved significantly through the years. Protective gear, brightly colored clothes, a white ball, lights, and the helicopter shot have all contributed to the sport’s evolution from the days when cricket bats looked like hockey sticks. Simultaneously, cricketers have exercised their muscles in terms of remaining current with fashion trends.

However, the mustaches that marked many of cricket’s greatest players in the past have vanished. Lasith Malinga with the curls and Kemar Roach with the bangs are still around, but will we ever see another Merv Hughes?

When Shikhar Dhawan removed his helmet in celebration of his record-breaking 85-ball century and exposed his twirly mustache, there was a glimmer of optimism that tidy haircuts and clean cheeks might pave the way for more hair to return. 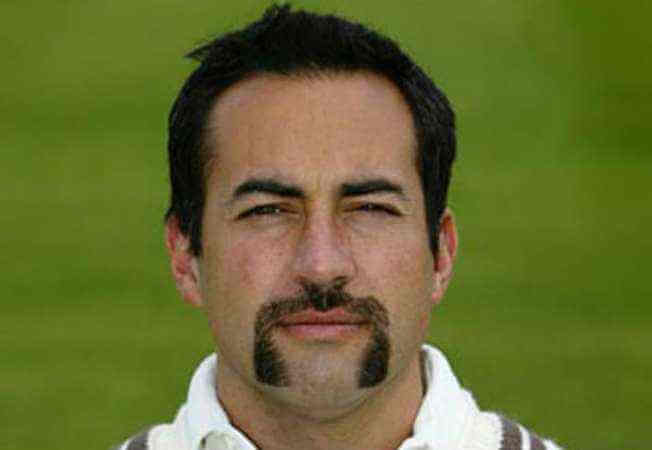 He was born on September 5, 1971, and currently works as a professional athlete. Apart from his on-field prowess, he is the only cricketer with a mustache who competes as a martial artist. He captained Team Surrey from 1997 to 2003. Adam established himself not only as a cricketing great but also as a brilliant martial arts star. 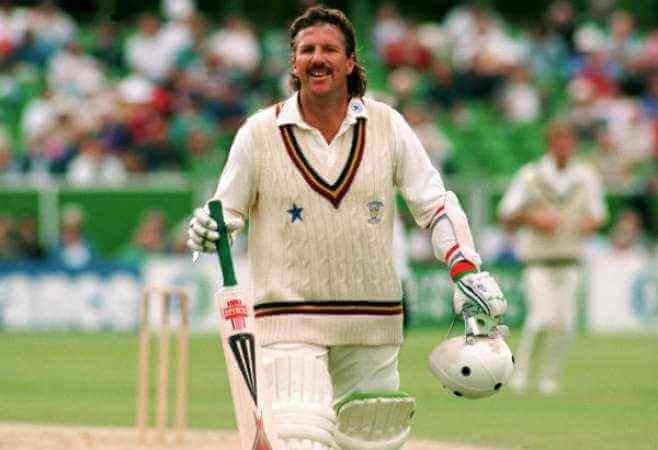 He is currently a cricket commentator. He was an all-rounder who amassed 383 wickets and 14 hundred in his career. Botham wore a tiny mustache on his face, which matched him perfectly. 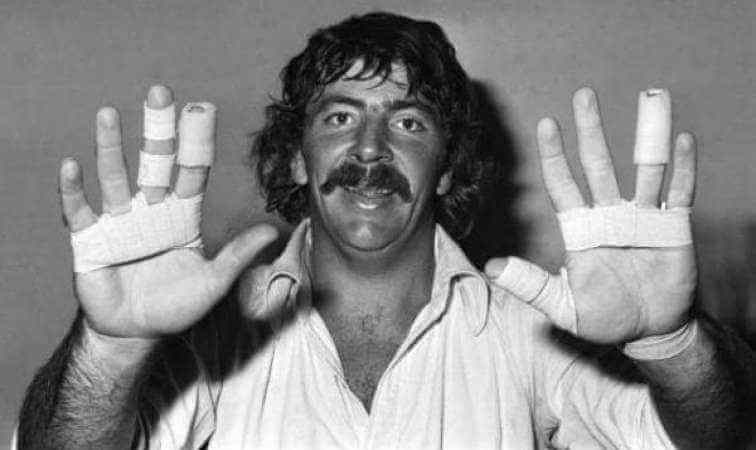 Rodney Marsh is another Australian cricketer who was known for his mustache. He was born on 4 November 1947 in Australia and is a retired Wicketkeeper. He is a colorful character who served in the United States Air Force from 1970 until 1984. He set a world record with 355 wicket-keeping dismissals in 96 test matches.

Marsh had a contentious start to his career and was chosen primarily on his hitting ability. After a poor performance in his debut Test, he was called the Iron Gloves. 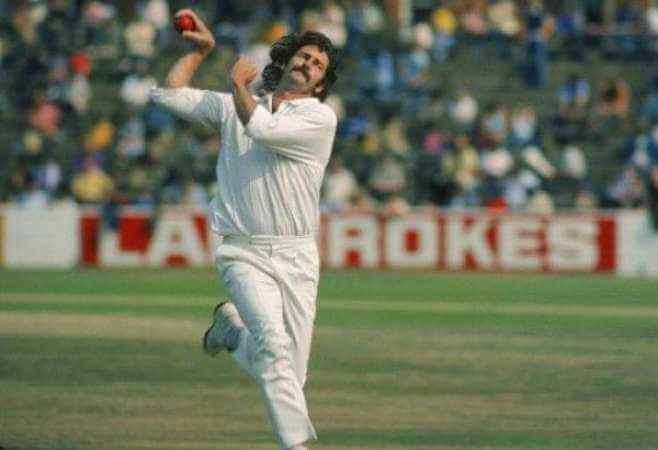 He is a former Australian cricketer who is widely regarded as one of the game’s finest fast bowlers. Lillee was born in 1949 on the 18th of July. He gained popularity not only for his bowling ability but also for his fiery attitude. Fans also recognize him for his never-say-die mentality. Lillee was well-liked by her fans for these characteristics.

He began his career as a fast bowler. However, multiple fractures in his back nearly ended his career. When he retired from international cricket in 1984, he held the world record for the most test wickets. The mustache he wore enhanced his appearance, which helped him gain popularity. 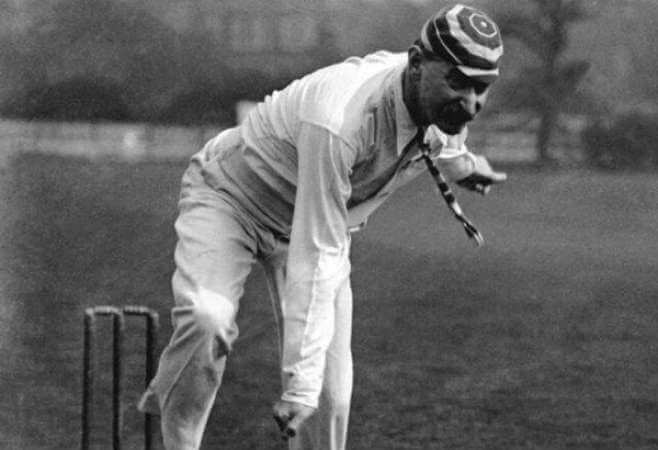 Frederic Robert is his given name, and he is dubbed the ‘Demon Bowler’. He was born on September 9th, 1853, and passed away on June 4th, 1926. He was, without a doubt, one of Team Australia’s top bowlers. Additionally, Fred became the first bowler to take 50 test wickets.

In 1879, he also became the first bowler to take a Test hat-trick. He was the team’s finest bowler and also played for Derbyshire in England. His mustache alone was enough to inspire fear in the batsmen. 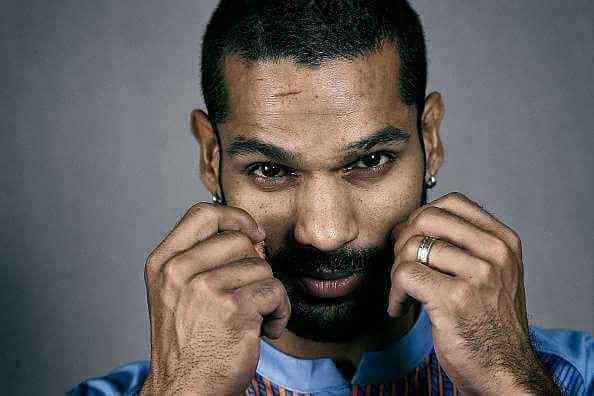 Shikhar Dhawan is an Indian cricketer who was born in Delhi on 5th December 1985. He bats left-handed and serves as the team’s opener. He is ranked first on the list of the top ten most famous cricketers who sport mustaches. Shikhar made his debut for Delhi in 2004.

He also plays for and captains the Indian Premier League franchise Sunrisers Hyderabad. Shikhar was also known as Gabbar who made his international debut in October 2010 against Australia. He is well-known for his mustache and his affable demeanor. Additionally, he has established himself as one of the greatest hard hitters in cricket history. 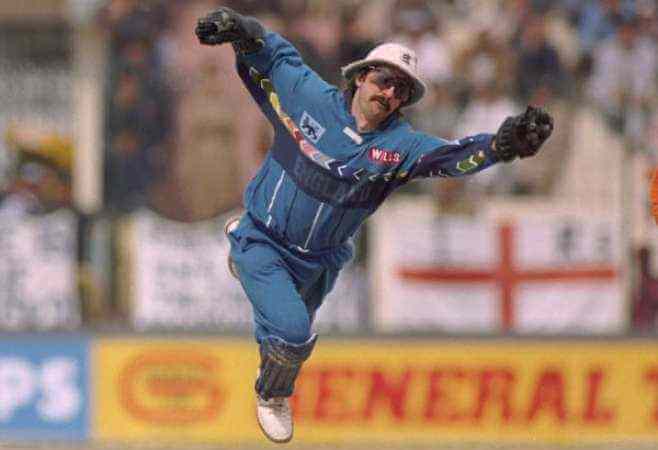 Russell was born on 15 August 1963 in England and is a former cricketer. He is also well-known as an artist, a cricket wicket-keeper coach, and a football goalkeeping instructor. He was born in England’s Stroud Gloucestershire. He had all the assistance he needed from his father at the Stroud Cricket Club to become a first-class cricketer.

Russell was first inspired to pursue a career as a wicketkeeper in 1977. His mustache was his calling card, and many people remember him for it. 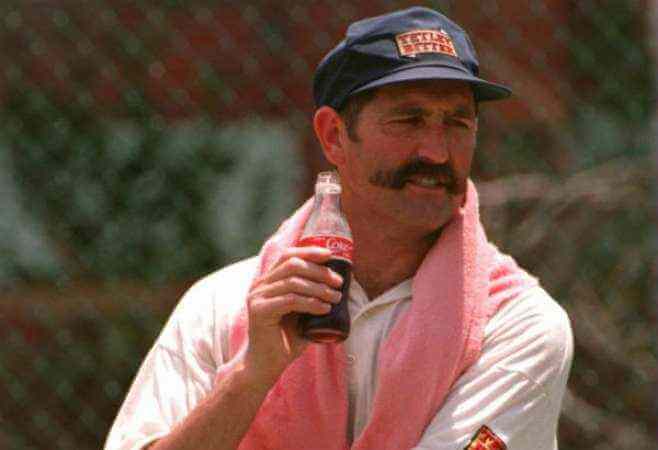 He was born on 23 July 1953 and is a former England and Essex cricketer. He was one of the greatest batsmen of his generation. His career spanned the years 1973 through 2000. Gooch scored 67,057 runs in first-class cricket and was the most prolific run-scorer of his era.

He was inducted into the International Cricket Hall of Fame in 2009. And, of course, his mustache-adorned face will always be remembered. Without a doubt, he is deserving to be in the top three most famous cricketers with mustaches. 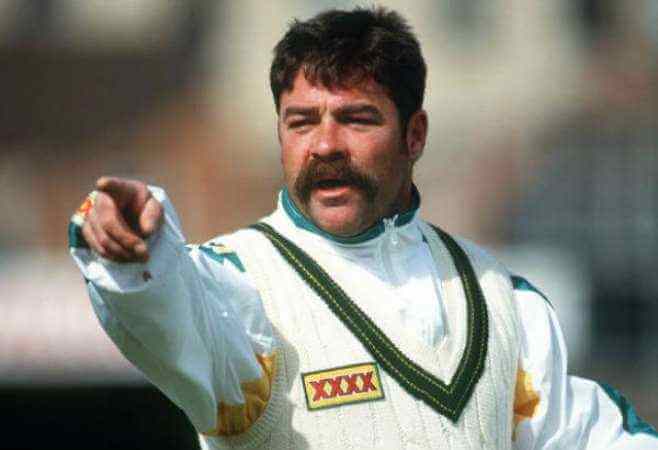 Boon was affectionately referred to as Boonie by his fellow players. He is also a retired Australian cricketer who sported a mustache and had a stellar career between 1984 and 1995. Boon was a right-handed batter who occasionally bowled off-spin. He previously represented both Tasmania and Durham in first-class cricket.

David was well-known for his unique mustache and stocky build, and he amassed over 7,000 runs in test matches. He was also one of Australia’s top players. Additionally, he currently ranks among the most prominent cricketers with mustaches. 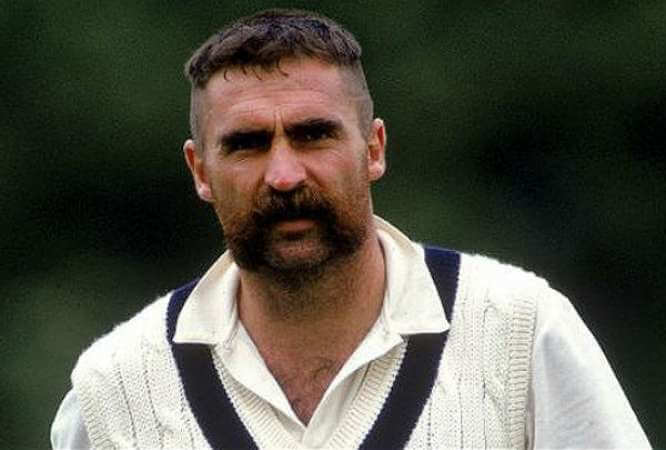 Merv Huges is known as the most famous cricketer with mustaches in cricket history. He was born on November 23, 1961, and is a retired Australian cricketer with an excellent mustache. He was a right-arm fast bowler who represented Australia in 53 test matches between 1985 and 1994.

Huges amassed 212 international wickets during his career. He played 33 ODIs in his career, taking 38 wickets. He took roughly 31 wickets in the Ashes Series against England in 1993. 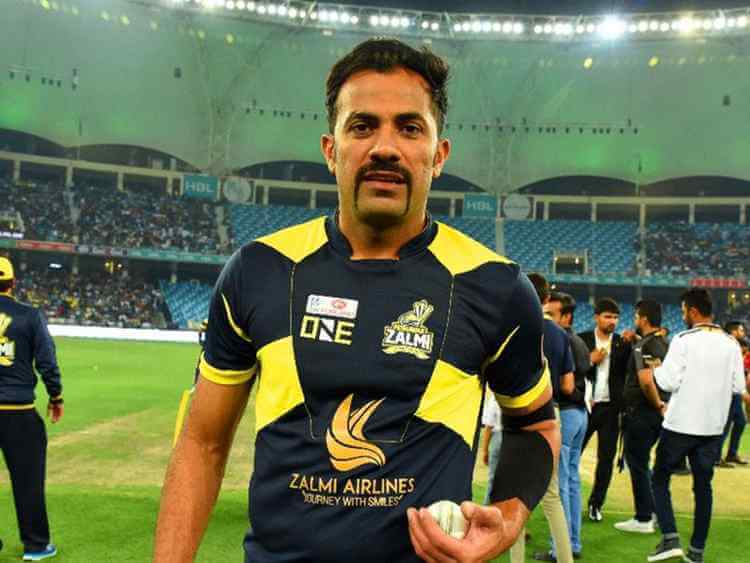 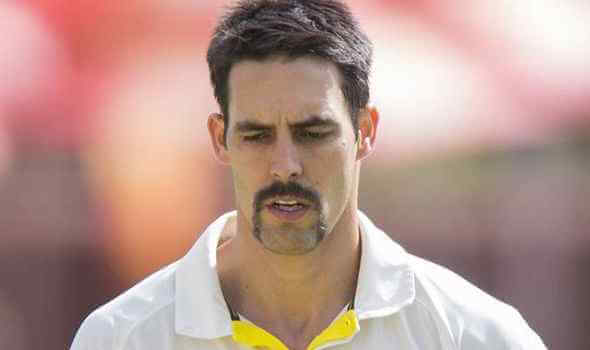 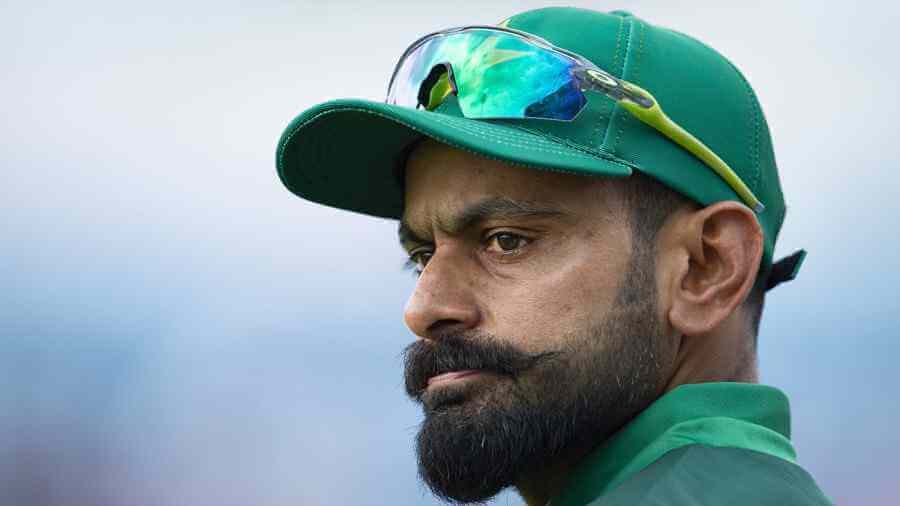 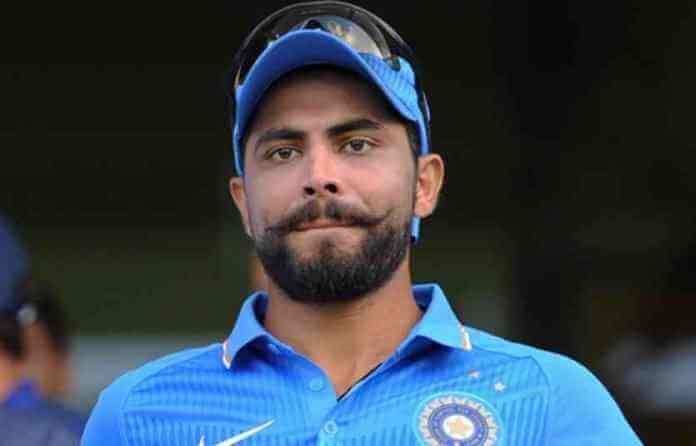 We hope that some of your favorite cricketers make this list of the top ten most renowned cricketers with mustaches. Don’t forget to leave us a comment below with your thoughts on this list.