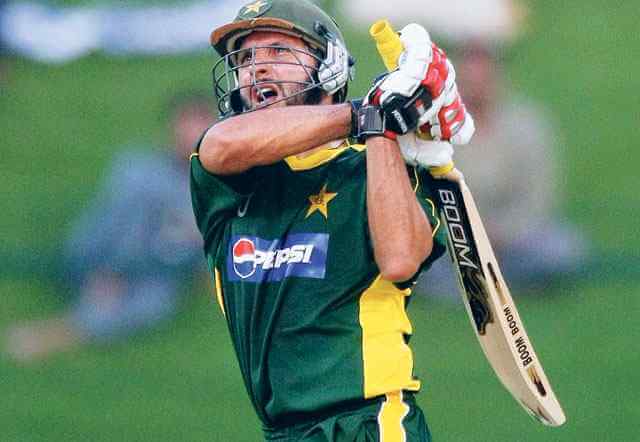 10 Biggest Sixes in Cricket of All Time

Hitting sixes are the most exciting moments on the cricket field. Once the ball starts flying, the viewers don’t care if it’s a modest sixer or a massive sixer. When the ball flies really far and high, though, it is always a better deal. Seconds seem like an eternity to spectators watching the game as they wonder how high and long the ball will fly if it will fall in a fielder’s palms or soar straight into the gallery. Because of the anticipation that builds up in those fractions of a second, cricket fans will grow addicted to it.

#OnThisDay in 1997 – @TheLeftySohail and Ijaz Ahmed added a Pakistan Test-record 298 for the first wicket against West Indies at Karachi. pic.twitter.com/W4NzJaRN0q

He may have been a quiet cricketer, but he managed to draw attention to himself and his batting style with an astonishing 115-meter sixer. It was a 1999 match in Mohali between Pakistan and India. Surprisingly, the entire encounter included only two sixes, both of which were scored by Ijaz Ahmed. This sixer has remained in the public consciousness to this day. Ijaz hit a similar length six against England.

Since the ‘Universe Boss’ first stepped onto a T20 era, bowler Yousaf Pathan Sixes, T20 cricket, and Chris Gayle have been associated. While Gayle is most renowned for his destructiveness in franchise cricket, he has also performed admirably for the West Indies in T20 Internationals. During his team’s World T20 encounter against India, Gayle chose to take the ball for a toss and hit Yusuf Pathan’s delivery for a distance of 116 meters.

It’s no a surprise that Boom Boom Afridi features twice on this list. After all, the Pakistani cricketer was known for his brutal batting, having amassed one of the fastest One-Day International hundreds in history with a 37-ball century. In January 2005, Afridi was on the crease in Perth, representing Pakistan against Australia, when he guided a delivery into a 117-meter sixer, eliciting a cry of happiness and excitement from the crowd.

MS Dhoni has long been recognized for his amazing shots, particularly helicopter shots, as India’s trusty batsman and one of the country’s most successful captains. Dhoni has smashed some of the most visually stunning sixes in modern cricket history as one of the most effective wicket-keeper batsmen. He smashed a massive 118-meter six during India’s tour of New Zealand in March 2009. He hit a spectacular shot that stunned everyone, and then he didn’t even turn around to look at the ball! That’s what self-belief is all about.

Big game tomorrow on @FoxCricket with the 2nd ODI between SA and Aust. Expecting the Aussies to bounce back and get on @UNIBETAustralia ! pic.twitter.com/FxglHIC3mP

Australia’s great and tremendously skilled batsman Mark Waugh was known for his elegant batting style. He was also named to the list of cricketers who have struck the game’s greatest sixers.

While batting his team in a Test match against their neighbors, the cricket team of New Zealand, Mark Waugh knocks a Daniel Vettori delivery for a 120-meter six, resulting in not only fetching runs for Australia but also destroying multiple records.

Corey Anderson made news recently after retiring from the New Zealand team and going on to play international cricket for the United States of America. On the other hand, he smashed a tremendous six when batting against India in a One Day International match on January 19, 2014. By the time this match was played, Corey Anderson had earned a reputation for hitting massive sixes, so no one was surprised when he smashed Mohammed Shami’s delivery for a length of 122 meters.

Yuvraj Singh, one of India’s most illustrious batters, is noted for his amazing field displays and brilliant hits. When he smashed a 125-meter sixer during a Twenty-20 World Cup match in Australia in September 2007, he joined the list of cricketers who have scored the top ten greatest sixes. Yuvi collected the most memorable six of his career after Brett Lee provided the ball.

With nearly 250 sixes for New Zealand in limited-overs cricket, the Kiwi opener is one of the most lethal batters in the world right now. At Westpac Stadium in Wellington, Martin Guptill noted for his outstanding six-hitting skills, blasted one of the longest sixes in T20 cricket. He smacked a 127-meter six off a Lonwabo Tsotsobe delivery over the midwicket boundary.

Brett Lee, Australia’s immensely gifted bowler and the second-fastest bowler in cricket history, blasted one of the top ten biggest sixes in cricket history in a T-20 encounter against the West Indies. Rovman Powell’s delivery found its way into the palms of the Australian heartthrob. He first showed off his batting abilities during the 2005 Ashes series. Lee smashed the ball this time with a shattering sound that echoed throughout the noisy crowd, sending the ball to the Gabba’s rooftop!

Shahid Afridi’s 158-meter shot in 2013 is known as the biggest six ever in cricket history. Pakistan and South Africa squared off in a contest. The delivery was received by Afridi, then known as Boom Boom Afridi, and the King of Sixes, who instantly sent it onto the next golf course. And it ended up being the greatest six ever in cricket! It was an incredible six! The entire crowd erupted in applause as this historic shot was celebrated.

Read More: Most Sixes by a Pakistani Batsman in T20 Cricket