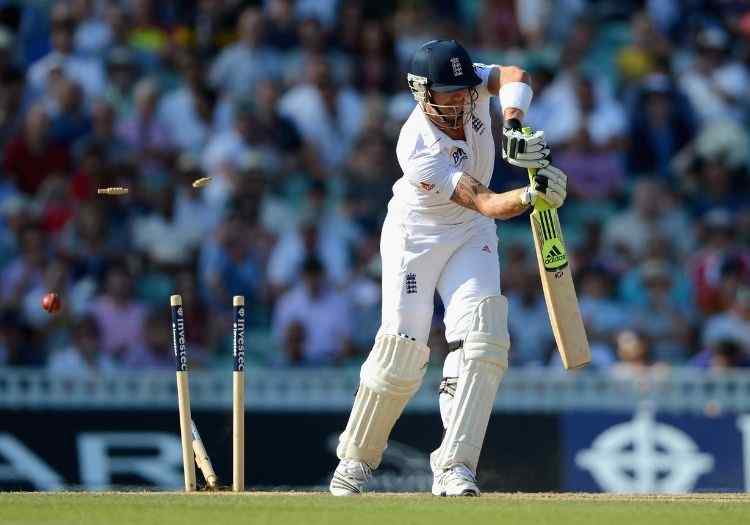 Numerous bowlers achieved unmatched levels of performance. Several of them set records over the years, while others accomplished extraordinary feats.  These 10 Best Bowling performances in cricket history are known for their outstanding performances in crucial matches. Bowling fans have a special place in their hearts for some of the sport’s most memorable moments; as we know, without good bowling, batting is a joyless experience.

Several notable performances with the ball were made, but few stood out, which may explain why some of the lowest totals in history occurred. Others displayed incredible ball skills while playing in unfamiliar support conditions.

Willis’ most memorable moment occurred during the third Ashes Series match in 1981 when the British side won their second consecutive Test match. England, trailing 1-0 in the series, set Australia 130 for victory in the final test, with Ian Botham scoring 149 not out.

Willis bowled 15.1 overs to begin the match, one of the best bowling performances in history. He secured an 18-run victory by clean bowling Ray Bright, and England went on to win the series 3-1.

In 1981, the Headingley miracle occurred when England achieved one of the best bowling figures in test history. By and large, the victory was credited to Ian Botham’s batsmanship. Willis’ lethal spell, on the other hand, was what determined the outcome of England’s miracle.

The team is 1-0 up in the three-match series and took the early lead in the first innings. As a result, South Africa knew that a strong batting performance would ensure victory in the first series against England since 1965; the break was caused by their isolation due to apartheid.

Alec Stewart stated after England’s dramatic third-day victory that their fast bowling was likely the fastest he had seen in Test cricket. England thrashed the visiting team with pace and power in the fourth and won by eight wickets before lunch.

Devon’s outstanding performance is one of his team’s best bowling performances. His match-winning 9-57 against South Africa at the Oval in August 1994 cemented his status as the greatest test bowler of all time.

Richard Hadlee delivered a magnificent performance in the opening test in Brisbane, destroying Australia’s batting. Hadlee handed the Black Caps an innings win with his top innings (9 for 52) and match (15 for 123) figures in Tests. It is still regarded as the greatest bowling figure in the history of test cricket.

Richard’s magnificent day is regarded as one of the greatest bowling figures in cricket history. Hadlee’s ultimate act of selflessness came after he claimed the first eight wickets of the match by catching Vaughan Brown on his first Test wicket.

It may seem impossible now, but Australia was going through a difficult period in the 1980s. During this time period, they had won only one of twenty tests.

India set Pakistan a target of 420 runs during the game. Pakistan got off to a solid start thanks to Shahid Afridi and Saeed Anwar’s 101 runs. India won by 212 runs at Delhi’s Ferozeshah Kotla stadium, courtesy of one of cricket’s greatest spinners, Kumble’s epochal 10/74 in 26.3 overs against archrivals Pakistan.

Before Anil Kumble, only Jim Laker had taken all ten wickets in an innings in Test cricket. Anil Kumble’s bowling figures of 10 for 74 were the second-best by a right-arm spinner in Test matches.

When VVS Laxman, one of the greatest batsmen of all time, caught Wasim Akram at short leg, the team and crowd erupted in celebration as Kumble collected his 10-wicket haul. India leveled the series in a spinner’s historical series.

Tayfield’s remarkable bowling figure, as one of the tallest bowlers of all time, is regarded as one of the greatest bowling performances of all time. He bowled 35 eight-ball overs of remarkably accurate off-spin, chipping away at England’s lineup of Peter May, Colin Cowdrey, and Denis Compton.

South Africa won the series by 17 runs after falling behind 2-0. Tayfield has withdrawn from the pitch following the South Africans’ victory.

Chaminda Vaas set a world record with eight wickets. And he has since established himself as one of the greatest fast bowlers to grace the cricket field. Sri Lanka dismissed Zimbabwe in the opening match of the tri-series in Colombo on Saturday with a low score of 35, the lowest ever in a one-day international.

Zimbabwe was bowled out for 38 in only 15.4 overs, as Vaas became the first bowler in one-day international history to claim eight wickets. Pakistan’s previous low in one-day internationals was 43 against the West Indies in Cape Town in 1993. Vaas completed his hat-trick in his sixth over, which featured some masterful swing bowling.

Vaas’s remarkable attack is regarded as one of the greatest bowling performances in ODI history. Along with the superb catch of Stuart Carlisle at third man, Vaas also removed Craig Wishart and Tatenda Tibu’s leg before the wicket. Vaas bowled the opening ball of Zimbabwe’s innings, and Dion Ebrahim was caught leg before wicket as it came in.

Muttiah Muralitharan, the Sri Lankan spinner and one of the greatest cricketers of all time, contributed a record seven-wicket haul against India, including a maiden. Muttiah Muralitharan’s 7 for 30 in the fifth match of a triangular tournament sponsored by Coca-Cola was one of the best bowling figures in One-Day international cricket history.

On 27 October 2000, at the Sharjah Cricket Ground, an impressive spell by Muralitharan resulted in India’s defeat. Sri Lanka scored 294 runs in their first inning, a formidable total. Marvan Atapattu and Mahela Jayawardene led the Sri Lankans for centuries.

Muralitharan’s enchantment was responsible for the Indian batsmen’s demise. With India bowled out for 226 runs, the off-spinner claimed seven wickets for 30 runs.

Waqar Younis, one of the most successful bowlers in ODI history, had his best bowling figures against England at Leeds. England was defeated by Pakistani fast bowler Waqar Younis’s spectacular swing and seam.

The host could only muster a score of 156. Pakistan cruised to a six-wicket victory. Waqar Younis was named “Man of the Match” for his seven wickets in ten overs. Waqar reached a top speed of 130 mph during the speed gun test (kph).

Waqar, one of cricket’s fastest bowlers, had a lovely rhythm that day, and his movement off the pitch was subtle. His left hand appeared to be extremely fluid as he directed his action. Yonus’ game is regarded as one of the greatest bowling performances of all time.

Aaqib Javed established himself as a viable pace bowler during Pakistan’s golden era of pace bowling, which included Imran Khan, Wasim Akram, and Waqar Younis. The fast bowler reached his peak in 1991 when he faced India in the triangular final of The Wills Trophy in Sharjah.

When he bowled a hostile spell of fast bowling during that ODI, the then-19-year-old set a world record for the best bowling figures ever recorded in an ODI. Aaqib bowled his team to a resounding 72-run victory over an Indian side captained by Azharuddin.

Aaqib pinned a then-young Sachin Tendulkar with the first ball of his innings in this match to earn a well-deserved hat-trick. It came after a boisterous celebration in which his teammates pursued Aaqib. Muttiah Muralitharan came close to breaking the 46-year-record old’s in the final match nearly nine years ago, taking 7/37.

Gilmour broke all three records simultaneously in the 1975 World Cup semi-final at Headingley, where he went six for fourteen. It is one of the most impressive bowling performances in ODI history. Aaqib Javed finished 7 for 37 at Sharjah, Shaun Pollock finished 5 for 36 at Edgbaston, and Courtney Walsh finished 5 for 1 at Sharjah.

After batting first, the English team was dismissed for 93 runs. Garry Gilmour, an Australian pacer, was the match’s star, taking six wickets in 12 overs and conceding only 14 runs to England’s batting lineup. Australia won this match by four wickets with 28.4 overs remaining. Gilmour was named player of the game for his incredible ball skills.