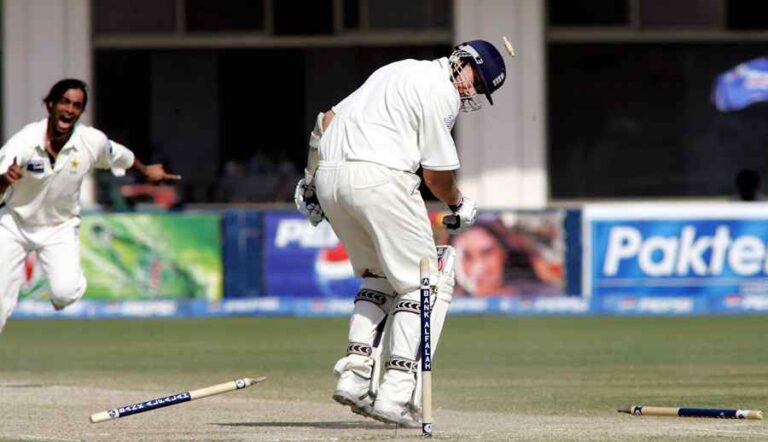 Cricket fans refer to Test cricket as the original form of cricket. As batsmen and bowlers, every player has to do their tasks better. Let’s take a look at the top 5 bowlers who have dismissed or ducked out batsmen the most in cricket.

Bowling Most Wickets for Duck

England’s James Anderson holds the record to dismiss the most batsmen on a duck in Test cricket as a fast bowler and has topped the list of bowlers who have dug out batsmen in Test cricket more than once. A total of 109 batsmen have been ducked out by Anderson.

Former Australia captain McGrath has also ducked out 104 batsmen in Test cricket. McGrath was one of the top-class bowlers Australia has ever produced.

Former Sri Lanka batsman Muttiah Muralitharan takes third place to dismiss the batsmen most times on a duck. Muralitharan also holds a record for taking the most number of wicket-takers in the history of ODI cricket.

Former Australian batsman Shane Warne has ducked out 102 batsmen in Test cricket. Shane Warne was one of the finest test bowlers Australia can ever produce.

Next to them is South Africa’s Dale Steyn who has ducked out batsmen 83 times in Test cricket.

Also Read: 5 Players with Most Ducks in IPL History