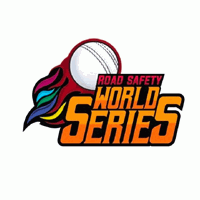 Viacom 18 to broadcast live coverage of RSWS 2022 in India while the live streaming of the Road Safety World Series will be available on Voot and Jio TV’s Official Website & App.

The second edition of the RSWS tournament is scheduled to take place from 10th September till 1st October 2022 where a total of 23 Matches will be played at Green Park in Kanpur, Holkar Cricket Stadium in Indore, Rajiv Gandhi International Stadium in Dehradun, and Shaheed Veer Narayan Singh International Stadium in Raipur. Seven games will be played in Kanpur, followed by five games played in Indore. Dehradun will host the remaining league matches, while Raipur will host the three playoff matches.

A total of 110 retired cricket players signed and agreed to be a part of this amazing road safety t20 tournament scheduled to begin in March 2022. The event will include worldwide talents from eight nations, with New Zealand being the most recent addition. Teams from India, England, Sri Lanka, West Indies, South Africa, Bangladesh, and Australia will compete in a global road safety awareness tournament.

The time is nearly here!
The Legendary Jung is back stronger than before! 8 teams, 4 cities, 23 matches!

The Road Safety World T20 Series 2022 features a total of five teams. The tournament is organized by The Professional Management Group and the Road Safety Cell of the Maharashtra Government. Here are the Five Teams participating in the RSWS 2022 tournament are:

Apart from the five skippers of the Teams, Virender Sehwag and Sunil Gavaskar were also present at the launching of the event as these two superstars are the commissioner of the RSWS league.