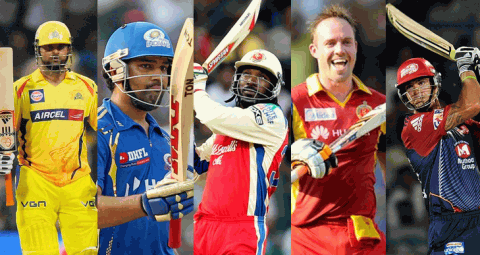 The score that runs quickly is the most important part of batsmen in the shortest format of the game. Each team needs a batter, who does not need time to settle into the crease and can shoot from the first moment when the required execution speed is too high. In the Indian Premier League, there have been huge occasions when the cricket world witnessed some thrilling chases courtesy of some hitters with a massive striking rates in their stats. Without wasting time let’s take a look at the players with the best batting strike rate in IPL History.

Andre Russell is called one of the most dangerous cricket ball hitters for a reason. With a massive strike rate of 177.88, Russell tops the list of having the highest strike rate in IPL. After playing 98 games, he has 2035 runs on his account with an average of 30.37.

He has shattered 137 fours and 175 sixes in this tournament and that sums up why he has the highest hitting and striking rate in IPL history. The hit he played against Royal Challengers Bangalore with a thunderous strike rate of 369.13 for his 13-ball 48* is still considered one of the best T20 hits of all time.

The third number on the list may surprise some, but it won’t surprise those who are close fans of Sunil Narine and the Indian Premier League (IPL). The mysterious off-spinner became an OFF-roader that batted as a starter for Kolkata Knight Riders throughout the tournament. He has scored 4 fifties while batting at the top and is now regarded as one of the most dangerous openers in the T20 format.

Former Indian opener Virender Sehwag ranks fourth in the Indian Premier League for strike rate. Sehwag played for Delhi between 2008 and 2013. He then transferred to Punjab Kings, where he played till 2015. Sehwag has made 2728 runs in 104 innings with a strike rate of 155.44. Sehwag’s credo as a player was to hit every ball for a boundary, regardless of the format. This made him unique among cricket players worldwide.

Chris Morris, a South African all-rounder, has the fifth-best strike rate in the Indian Premier League. Morris has formerly played for Chennai Super Kings, Delhi Daredevils, and Royal Challengers Bangalore, but he is presently a member of the Rajasthan Royals. He has scored 618 runs in 51 innings at a strikeout rate of 155.28. In a recent encounter against Delhi Capitals, Morris won the game for his team by smashing 36 runs off 18 balls. Rajasthan defeated Delhi despite being in a losing position.