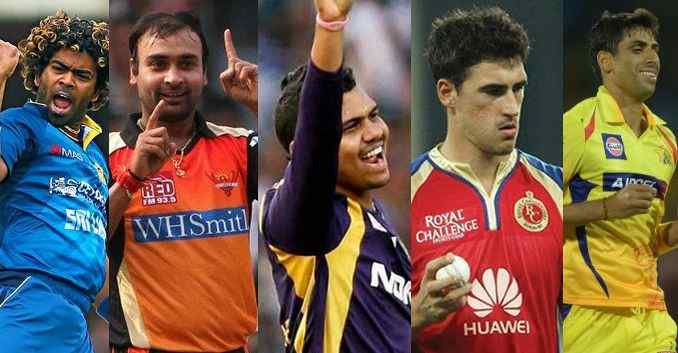 The competition between the bat and bowl in the T20 shortest format of the game is quite intense. Sometimes bowlers get hit over the park while sometimes giving hitters a nightmare. In the Indian Premier League (IPL), there has been a full package of legendary bowlers and local talents who have set records over the years. Indian Premier League IPL is full of talented bowlers such as Bravo and Lasith Malinga who are currently the highest and leading wicket-takers in IPL history.

Most Wickets in IPL History

Here is the list of the best and top 5 bowlers with the most wickets in IPL history so Let’s take a look at them:

If there is a bowler who has been massively clinical with the bowl in the shortest format, then he is none other than Dwayne Bravo of the West Indies. Bravo is the highest wicket-taker in IPL history with 183 wickets in 161 games and has an economy of 8.38.

With his line and length disciplined and the slower balls, he has annoyed the hitters over the years and won games for his Chennai Super Kings. In the finals of the game, Bravo has always been MS Dhoni’s bowler and, for a reason, CSK retained the most versatile player in 2018 and later in 2019, as well as for the next edition of the tournament.

The Sri Lankan fast and the legendary bowler is arguably the best in T20 cricket history and proved it time and time again in the Indian Premier League (IPL). With 170 wickets in just 122 matches, Lasith Malinga is standing tall among the leading wicket-takers in IPL. He has also taken a five-wicket and four-way four-wicket sing scan in this tournament. Over the years, he has played an important role for the Mumbai Indians and also helped his team win the 2019 IPL in the final against Chennai Super Kings.

Amit Mishra might be away from the national team, but he has been a very effective bowler in the Indian Premier League (IPL). A leg spinner is always useful in the shortest format of the game and, like any other, Mishra has annoyed batsmen over the years with his leg turn. It has collected 166 wickets in 154 matches and is the third-highest in IPL history. Mishra, who played for Delhi Capitals last season, has 1 five-wicket and 3 four-wicket throws on his behalf and remains a valuable player to consider in the next edition.

The right-arm spinner, which he handed over the years to the Mumbai Indians, Chahal the uprising star of the Indian cricket team is the third-best wicket player in IPL history with 166 wickets in 131 matches. Chahal is one wicket away to grab the third position on the list and will surely lead the list with his magical bowling.

Piyush Chawla, who is one of the finest spinners in IPL history, matches Harbhajan Singh, as he has also taken 157 wickets in IPL and is the fifth-best wicket-taker in IPL history. The Kolkata Knight Riders player has been a loyal player for the side and has won many games for them with his magical leg turn. Piyush has taken 2 four-wicket and has an economy rate of just 7.88 after playing 165 games.