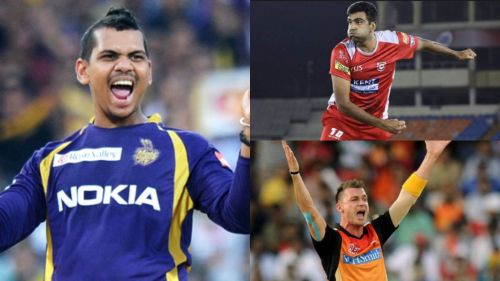 Every bowler desires to have the best economic rate and luckily here are 5 economical bowlers with the best economy rate in IPL History. Each season we see a young man being chosen for millions of dollars depending on how he has performed in the national and international forums.

As the date of the next edition of the Indian Premier League – IPL approaches, teams will set their goals to buy the best in as little money as possible. Batsmen have always received the best deal, but teams leave no stone unturned to get the best bowler available for a strong team.

Teams are not only looking for a bowler that delivers a breakthrough here and there, but they also want someone who is economical and consistent in their performance.

The 21-year-old Afghan spin-bowler with sensation in bowling has made its mark on the history books of any format it has appeared in. He made his debut for the Sunrisers Hyderabad team in 2017 and has always been reliable and one of the economical bowlers at IPL ever since. Rashid Khan embeds 17, 21, and 17 wickets respectively in the three consecutive seasons for SRH. Rashid Khan is also the most economical bowler of the IPL at the moment with an economy rate of 6.37 runs per over.

Former South African legendary fast bowler Pollock comes at the second position in terms of best economy rates in IPL. Shaun Pollock has played only one edition of the Indian Premier League back in 2008 playing 13 matches with an economy rate of 6.54 runs per over.

The legendary Indian spinner and former Coach of Team India is the second most economical bowler in IPL history. Anil Kumble has played for Royal Challengers Bangalore in the initial three seasons and amassed a total of 47 wickets with the second-best economic rate of 6.57.

Former Australian player McGrath has always been known for his consistent and accurate bowling that he also delivered in the only IPL season he played for Delhi Daredevils. McGrath picked up 12 wickets in 14 games with an economy rate of 6.61. After 12 seasons in the league, Glenn McGrath still remains on the list of the top 5 economical bowlers in IPL.

Caribbean ball specialist Carron and a bomb opener delivered the best of their bowling skills on the two IPL trophies won by their Kolkata Knight Riders team. Kolkata chose the West Indies player in the 2012 season. Narine has had a successful IPL career with up to 152 wickets with an economy rate of 6.63. Sunil Narine has performed steadily and is one of the most economical bowlers in IPL.