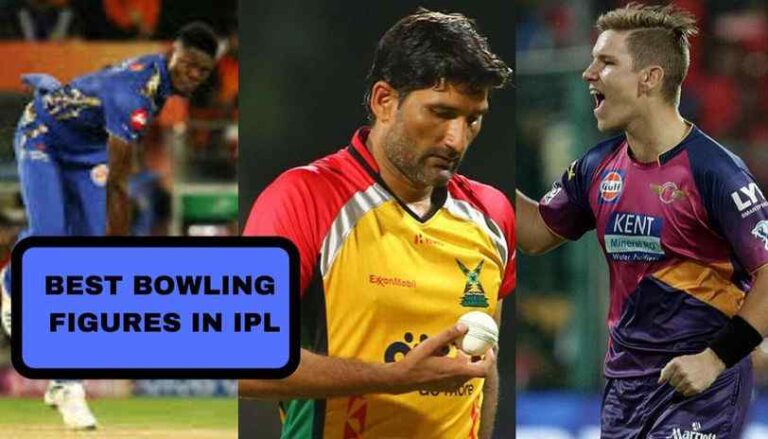 The start of the Indian Premier League in 2008 will always be remembered for Brandon McCullum’s ruthless batting of Kolkata against Royal Challengers Bangalore in his homeland. T20 entertainment has always been focused on batting, but there have also been some brilliant bowling performances from individuals and their full unit. But let’s discuss the list of the top 5 best bowling figures in IPL history.

He began his Debut in the Indian Premier League in a brilliant way, claiming 6 wickets in 3.4 overs against Sunrisers Hyderabad. Joseph recorded the best IPL bowling figure in The Indian colors of Mumbai. Alzarri Joseph gave only 12 runs in his brilliant spell that helped his team record a 40-runs victory over Hyderabad in the 2019 season.

The left-handed Orthodox action player was in sensational form at the first T20 World Cup and also carried him in the inaugural season of the Indian Premier League. He had the best bowling figures at IPL before Alzarri Joseph’s dream debut in 2019. Tanvir got his best IPL bowling figure, picking 6 wickets that gave away only 14 runs against Chennai. Sohail Tanvir represented Rajasthan at the 2008 IPL.

Veteran Indian spinner and former Team India coach have made their mark on every cricket platform. Anil Kumble’s 5 wicket course against Rajasthan Royals in 2009 has led him to the fourth-best number of bowling at IPL. Royal Challengers Bangalore defeated Rajasthan Royals by just 58 runs to record a resounding 75-runs victory in Cape Town in 2009.

Jaspreet Bumrah the top-class bowler in the current Indian cricket team takes the fifth position on the list replacing Ishant Sharma. Bumrah gives 10 runs in his four overs quota with one over maiden and gets a total of five wickets in a match.