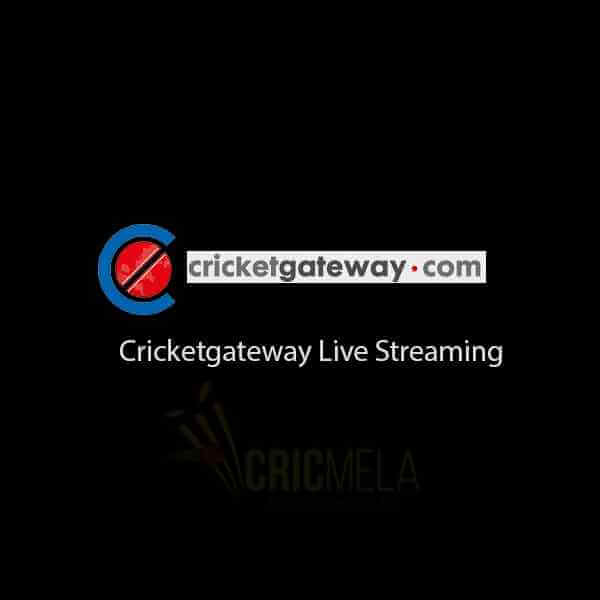 Cricketgateway TV Channel debuted in 2015, and since then it provides live streaming of T20 cricket Leagues. Cricket Gateway also provides the live score and Live stream of ongoing cricket matches and cricket leagues. Well, for Pakistani users, you have to subscribe to watch the live streaming of cricket gateway.

While for International users, have to pay some subscription charges to watch live cricket streaming. Match highlights, Tosses, wickets, and other latest cricket news are also listed on the website. Furthermore, the list of series and fixtures, including the match results, points table, and schedule are also available on the Cricketgateway website.

Cricket gateway has purchased the rights to broadcast the live coverage of T20 leagues such as PSL, IPL, BBL, BPL, and other major Twenty20 leagues. Not only this, but this website also broadcasts the live stream of ICC tournaments such as the Asia Cup, T20 World Cup, Champions Trophy, Test Champions trophy, and Cricket World Cup.

Cricket Gateway acquires the official broadcasting rights of the Pakistan Super League. PSL 2023 will be the eighth edition of the Pakistan Super League which is scheduled to start from February to March 2023.  Cricket fans from Pakistan, India, Bangladesh, the USA, the UK, and Canada can enjoy all the matches of PSL 8 live on Cricketgateway. Multan cricket stadium to host the opening ceremony and Lahore will host the Final which will be broadcast live on Cricketgateway.

Cricket Gateway also helps international cricket fans to watch the Live Telecast of the Indian Premier League 16th Edition IPL 2023 Live stream on Cricketgateway starting from March 2023 in India. If you are looking to watch IPL Live Broadcast in Pakistan, then Cricket gateway is the best source to enjoy all Indian Super League Cricket Matches Live for free.

KPL 2023 will be the third edition of the Kashmir Premier League officially sponsored by the Kingdom Valley. Cricket fans in Pakistan can enjoy the live stream of KPL 3 on Cricketgateway. KPL 2023 is scheduled to start in August where seven teams will play matches against each other for the KPL trophy.

After a very long time, Pakistan is going to host an ICC event; Cricket Asia Cup 2023 will be played in an ODI format featuring a total of 13 matches which will be hosted by Pakistan in September 2023. Cricketgateway purchased the official telecasting rights for the Cricket Asia Cup. Cricket fans can witness the biggest match of this year between the rivalry Pakistan vs India in the Asia Cup 2023.

For the first time the United States of America will host an ICC Event; the USA and west Indies will host the ICC T20 World Cup starting from October to November 2023. International cricket fans can watch all the Twenty20 WC 2024 matches live on Cricketgateway.