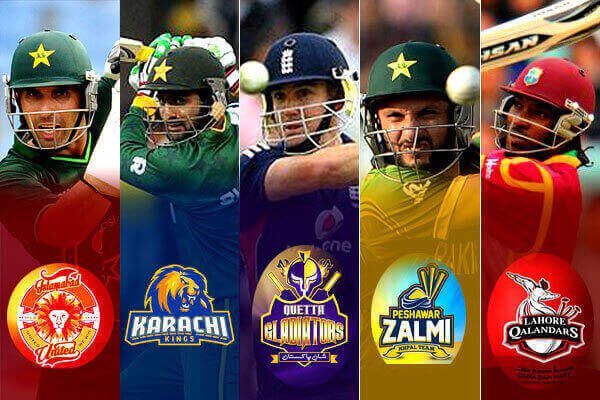 Top 10 PSL Batsman of All Editions

Shadab Khan, Babar Azam, Faheem Ashraf, and many more are the top growing superstars that PSL has produced. Now let’s talk about the Top 10 leading run-scorer and most successful batsmen of the Pakistan PSL – Super League. Who is your favorite from the list? comment their names below. Support and wish them better luck for PSL’s next edition.

In every edition of PSL, PSL has produced a number of superstars. The PSL plays an important part to find the hidden talent of Pakistan. As we have seen some of the amazing bowlers and batsman comes through the PSL.

The power hitter Sharjeel Khan is at number 10. He scored 1085 runs in 44 innings. Sharjeel Khan is one of the experienced openers who has played an important part in many victories for Pakistan.

Pakistan’s former cricket team captain and the skipper of the Quetta Gladiators Sarfraz Ahmed has scored 1341 runs in 60 innings and managed to take place at number 9.

Shane Watson is one of the finest all-rounders the Australian cricket team has ever produced is at number 8 and scored 1361 runs in 46 innings in PSL. Although Shane Watson only plays till 2020 still he got his name on the list of leading run-scorer in PSL.

The uprising cricket star and top-class batsman Mohammad Rizwan who led the team for the first time in 2021 and won the PSL title for his team managed to grab the sixth position in the list of most successful batsmen in PSL, Rizwan scored 1446 runs in 48 innings.

Muhammad Hafeez also known as the professor is also one of the most experienced players in Pakistan.  Hafeez managed to take place at number 5. Professor has scored 1596 runs in 68 innings.

The Superfit Shoaib Malik is at the number 4 position on the list, he scored 1882runs in 68 innings. Shoaib Malik is one of the experienced players who has played an important part in many victories for Pakistan.

The top-grossing batsman from Pakistan manages to take place at Number 3. Fakhar Zaman scores 1939 runs in 63 innings playing in PSL as an opener.

The power machine of Peshawar Zalmi Kamran Akmal the most consistent player for his team comes at number 2. Kamran Akmal holds the record for the most centuries scored in all PSL editions and has a tremendous batting record. Kamran Akmal 1972 runs in 74 innings.

Here comes the top-rated and most successful batsman of PSL Babar Azam. Babar Azam remained the leading run-scorer in PSL after scoring 2413 runs in 66 innings and managed to take the number 1 position.