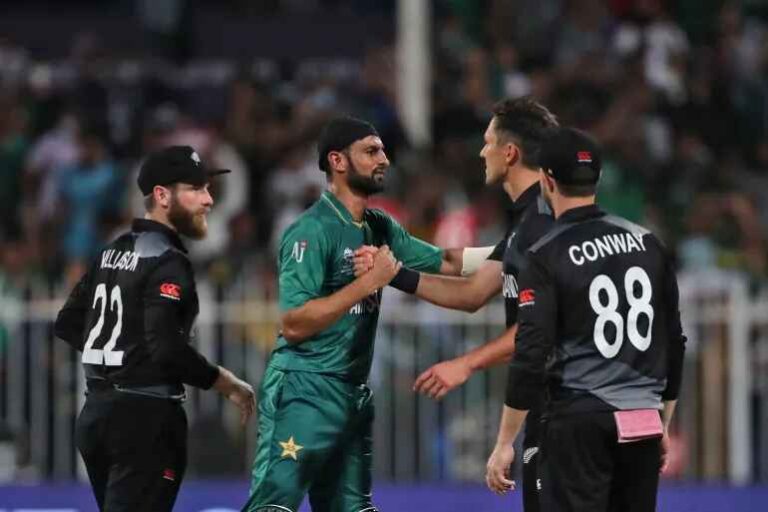 Pakistan and New Zealand are to lock horns in the three-match ODI series scheduled to be played at National Stadium Karachi. PTV Sports is the official broadcast partner for the live coverage of the New Zealand Tour of Pakistan 2023; the matches will be live-streamed on the digital platform ARY ZAP.

It was a comfortable victory for Pakistan in the first One Day International against New Zealand. It was a bit disappointing to see that the match ended relatively slow-scoring and was not very exciting. Although the pitch certainly played a role in the match, each team could have displayed more aggression. Similarly, the second One-Day International will be played at the same venue, which means similar tactics are likely to be employed.

Having won the toss, Pakistan opted to field, giving them a significant advantage; however, they also bowled very well and were able to restrict the New Zealand batters. Naseem Shah was outstanding and deserved his five wickets, but he was not the only one to stand out. Mohammad Wasim Jr., Mohammad Nawaz, and Usama Mir were also outstanding.

New Zealand kept losing wickets regularly, and all the bowlers (except Haris Rauf) were able to keep close control of the game. Pakistan’s bowling attack is also responsible for the team’s advantage heading into the second game.

With Naseem Shah and Haris Rauf returning to their peak form, we can expect some trouble for the New Zealanders.

Despite the New Zealand bowlers’ best efforts, Pakistan’s batting lineup did not seem to be troubled by their efforts. There were three fifty-plus scores among Babar Azam, Fakhar Zaman, Mohammad Rizwan, and Haris Sohail’s impressive cameo at the end.

It may be the most successful ODI team in the world, but New Zealand’s performance in its previous match was quite ordinary. The team’s batters were passive and unwilling to participate, while the bowlers did not perform.

This lineup is undoubtedly talented, but the conditions are not conducive to their success. Players like Fin Allen, Devon Conway, and Kane Williamson can score runs. Whether they can accomplish this in Pakistan against a potent offensive is the question. These players may have difficulties considering what we saw in the previous match.

Daryl Mitchell looked impressive in the batter’s box and should be backed for some runs. There were some decent batsmanship displays from Tom Latham and Michael Bracewell.

The live coverage of the ODI series between Pakistan and New Zealand will be available on PTV Sports, A Sports HD, and Ten Sports Pakistan.