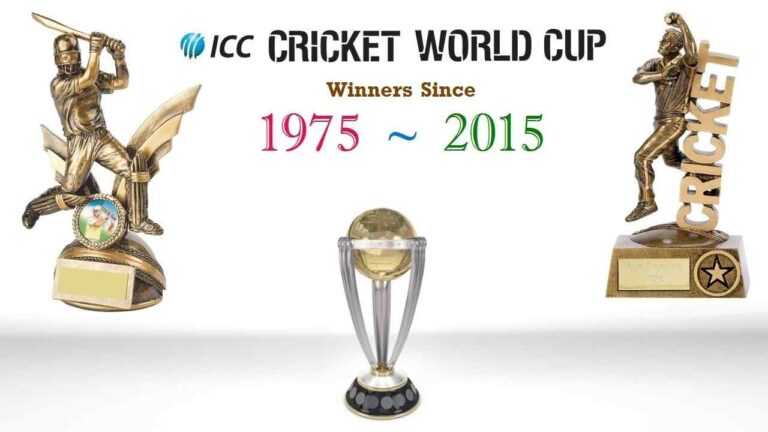 History of the ICC World Cup of all time

The West Indies won the first two World Cup editions that took place in the UK, beating Australia and England in the final. They were about to make three matches in a row when they won India in the final of the 1983 competition to get 183 runs, but they were dismissed for 140, and India was crowned victors. Australia won its first title-the first in five-beating England in the 1987 World Cup finals.

The 1992 World Cup was the first to argue with colorful clothes. Pakistan came back from a desperate situation to win the title, beating England again in the finals. The next edition, contested in 1996, was organized by India, Pakistan, and Sri Lanka. Australia qualified for another final. The favorite to win it, Australia, received a lesson from Sri Lanka from Arjuna Ranatunga. But they returned to the next three world cups to win four victories in the title.

Australia defeated Pakistan in the 1999 World Cup finals, India in 2003, and Sri Lanka in 2007. They show their power in the game before India won its second title in 2011. They beat Sri Lanka in the finals. The previous edition of the World Cup was held in 2015 and the two co-hosts, Australia and New Zealand clashed in the final, the former winning its fifth title.